The method of modernized ion-plasma sputtering produced metastable states, including nanocrystalline and amorphous phases in films, even in alloys whose components do not mixed in the liquid state. The effective rate of energy relaxation at different modes of precipitation is theoretically estimated to be 1012 -1014 K/s during ion-plasma sputtering of atoms. On thermodynamic and kinetic states, different active and passive parameters for amorphization during sputtering are analyzed. The receiving expressions are in good agreement with the experimental results and contribute to the determination of further steps to obtain an amorphous state. 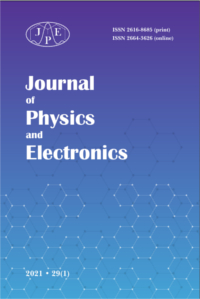