The electron temperature and velocity relaxation of completely ionized plasma is studied on the basis of kinetic equation obtained from the Landau equation in a generalized Lorentz model. In this model contrary to the standard one ions form an equilibrium subsystem. Relaxation processes in the system are studied on the basis of spectral theory of the collision integral operator. This leads to an exact theory of relaxation processes of component temperatures and velocities equalizing. The relation of the developed theory with the Bogolyubov method of the reduced description of nonequilibrium systems is established, because the theory contains a proof of the relevant functional hypothesis, the idea of which is the basis of the Bogolyubov method. The temperature and velocity relaxation coefficients as eigenvalues of the collision integral operator are calculated by the method of truncated expansion of its eigenfunctions in the Sonine orthogonal polynomials. The coefficients are found in one- and two-polynomial approximation. As one can expect, convergence of this expansion is slow. 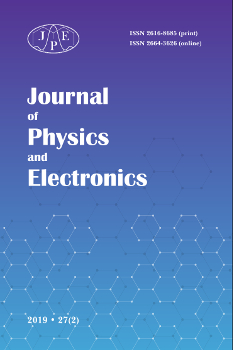